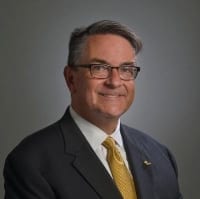 Starting a Hytch with Stephen Bland

Steve Bland, president & CEO of Nashville’s Metro Transit Authority, spent his formative years in a city where people take mass transit for granted. “I grew up in the New York City area and was used to riding subways and buses all the time and thought it was pretty exciting so I actually got into transit as a career by design,” he begins. His family’s move to Nashville was premeditated, too. “The lure of the south was just too much and my wife always wanted to be in Nashville. So here we are.” Bland says.

Of course, a relatively small number of Nashvillians—approximately 35,000—use mass transit each day, a far cry from the millions of individuals who ride New York’s buses, subways and the Metro-North railroad to and from work. In the Nashville area the car is king; there are 3,200 major roadway miles in Greater Nashville with each vehicle traveling an average of 33.2 miles per day.

That results in a lot of traffic, especially during the morning and evening rush hours. According to Bland, one of Nashville’s biggest transportation challenges centers around the design of its highway system.

“We’re second only to Indianapolis in the number of interstate highways that basically intersect in the middle of the city,” he explains, referring to I-40, I-65 and I-24. “You have these huge facilities dumping tens of thousands of cars every day into the same confined space,” emphasizing that building and widening existing roads isn’t the answer. “If you do a widening of I-24 it just pushes the problem further down,” maintains Bland.

So what are some of the solutions that can help alleviate Nashville’s traffic congestion? Well, in Davidson and other surrounding counties, one can ride the MTA’s express buses and take advantage of commuter rail connections. Outside of that, it’s all about the car.

Enter a new incentive system for carpooling from Hytch, a home-grown tech company recognized by the Nashville Technology Council as Emerging Company of the Year for 2018. Hytch Rewards offer a viable path to relieve the traffic crisis in Nashville. Thanks to forward thinking companies like Nissan and Franklin Synergy Bank who are sponsors of the Hytch app, both the driver and (all) passengers get paid if they share a ride using Hytch Rewards. Friends, neighbors and co-workers invite each other to a “hytch” and the participants are rewarded with points (that convert to cash!). Each ride is a 100% carbon neutral drive too!

In other words, entrepreneurs in a city famous for creativity are deploying new technology on a large scale to solve traffic problems in an innovative way, an idea with ramifications that extend beyond simply reducing the number of cars on the road. Could Amazon’s HQ2 search team see that vision?

“If we get more people into fewer vehicles it will help us all,” offers Bland. “It will help the environment, it will help traffic, and maybe you’ll even make some friends,” he continues. “One car … one person at a time,” concludes Bland.