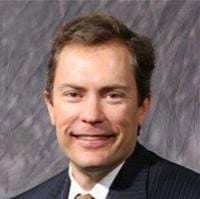 Mayor of the City of Thompson Station

If you “run your mouth too much at a town hall meeting” what happens?

You get elected mayor, of course. Well, if you’re Thompson’s Station Mayor Cory Napier it happens that way, more or less.

Napier moved to Thompson’s Station from Green Hills 20 years ago “to get away from traffic.” Imagine his frustration now that traffic has followed him to the far south side of the greater Nashville area where his city is thriving and growing. With Interstates 65 and 840 passing through the town, population and congestion have greatly increased for the town that has “...a rural vibe with amenities.”

The Mayor’s not giving up on solving traffic challenges and has a practical view about what has to change.  He believes residents will need to be part of the solution to congestion and make different decisions about how they get around.  State and local leaders are constantly working on long range infrastructure improvement plans. “I think we have to commit ourselves to more multimodality options,” he says. Buses, bikes, flex hours and telecommuting will play important roles in improving congestion and transportation challenges.

During a shared ride with Hytch’s Carissa Biele, Napier played a rousing round of BeanBoozled trivia. He was right on target with his answer that Williamson County led the nation in job growth at 6.5%, and quite delighted that it was Carissa who had to sample a jelly bean that was was potentially stinky sock flavor. The jelly bean fates were in Carissa’s favor, and she got lucky with a Tutti Frutti bean.

Mayor Napier also answered correctly that roughly 28,000 Williamson County residents commute into Davidson county for work. (Carissa did not fare as well this time around, and ate a spoiled milk flavored bean.)  Another little known fact is that traffic volume of commuters between Williamson County and Davidson County is almost equal, which is not the case with any other Middle Tennessee county surrounding Nashville.  Napier is also an advocate for the Rural Rideshare Commuter Incentive Act, an initiative to improve education and support enforcement of the region’s High Occupancy Vehicle (HOV) lanes.  “I can speak as a mayor and a citizen, because I am one of those single-occupant drivers a lot of the time. I see opportunities for other options, like better enforcement of HOV, better carrots and sticks.”

“I think that it’s both a public and private initiative,” Napier explains.  He notes the active engagement of Williamson County companies partnering with Hytch, to reward people who share a ride.  Forward thinking companies like Nissan -- recognizing innovation that excites -- offering five cents per mile to both the passenger and driver who commute together with Hytch.  Just track your shared ride with the new Hytch app, earn $5 for signing up early and an extra penny from Franklin Synergy Bank helping Rutherford, Williamson and Davidson counties stack up the incentives!  These companies are making a difference.

He encourages individuals to help by getting paid to share a ride with Hytch. “Go to the links in the description and download the app” to sign up to be the first to earn cash while reducing traffic.