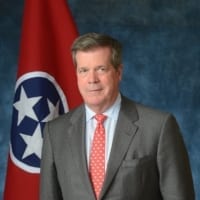 During Karl Dean’s two-term tenure as Mayor of Nashville, he led the city through the Great Recession and a thousand-year flood, with Music City coming out the other side as the “it city” and one of the most enviable cities in the country.

“I was elected in 2007 and ran on a platform where I concentrated on public education, public safety and economic development,” Dean says, referring to the agenda that helped to propel Nashville to where it is today.

Dean is now running for Governor of Tennessee and his platform is much the same, focusing on economic opportunity, which “starts with education and jobs,” according to his web site. “As governor, I will not rest until a good job, thriving business, and quality education are the standard in Tennessee,” he elaborates.

Of course, Dean is well aware that the right investments are vital to continued economic growth, and that managing that growth is going to be an issue going forward. The noticeable increase in traffic congestion seen in Middle Tennessee, not to mention the rest of the state, reflects that success as we attract talent and creativity from all over the world.

Asked specifically about commuting in Nashville, Dean says, “It depends on what time you go and it depends on how you go, but certainly given the city’s growth … the commute [is getting] longer for everyone.”

As for solutions? “I think we need to look at all forms of transit,” says Dean in this video of his first “Hytch Rewards” in Nashville. He says this “would include making the city more walkable and making it more bikeable. Ride share programs are a great idea and looking at mass transit is something we need to be doing - and are doing.”

Regional and state leaders like Dean are excited about a recently announced partnership with Nissan and Hytch Rewards, the Nashville based tech company still celebrating their 2018 Emerging Company of the Year Award from the Nashville Technology Council.

We all suffer frustration in traffic. Hytch is piloting a technology-driven solution based on the concept that we should reward people who share a ride. “Employers have been looking for a universal tool to measure and expand rideshare incentives,” says Hytch Co-Founder and CEO Mark Cleveland. “They want one platform to engage fans, employees and customers in a way that benefits everyone who drives to work.”

Hytch users download the free app and whenever they share a ride with friends, neighbors or co-workers, both the driver and the passenger can get rewarded! Every shared mile driven correlates to 10 Hytch Reward Points for both passenger and driver – but the number of points you get per mile will vary – for example, if your employer is involved you could earn more points. When users hit a minimum point target, they convert points to cash – and it’s all possible thanks to innovative community sponsors like Nissan and Franklin Synergy Bank.