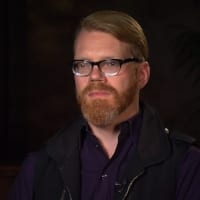 Gary Gaston on using technology to reduce traffic congestion and improve the quality of life in Music City.

Making progress in mobility -- inside and outside Nashville.

Gary Gaston has been working towards improving livability in Nashville for many years. It’s not surprising, then, to see him at the helm of the Nashville Civic Design Center (NCDC), a nonprofit established in 2000 to improve Nashville's built environment and promote public participation in creating a more beautiful, functional city. Back in 2004 the NCDC released The Plan of Nashville: Avenues to a Great City, which presented “Ten Principles to guide public policy, urban planning and design.” Fourteen years later, Nashville could stand to revisit those ten principles, namely this one: a convenient and efficient transportation infrastructure.

Nashville is knee-deep in the debate about developing a network of mass transit opportunities. But Gaston recognizes that mass transit alone won’t be sufficient to address the congestion on Nashville’s roads, especially as the city continues to grow and expand. “I personally don’t believe in one silver bullet that is going to resolve all of our traffic issues,” he says, “I think that’s why we should be open to innovation.”

Several suggestions for alleviating traffic have been put forward, such as making more effective use of Tennessee’s 144 miles of HOV lanes, 121 of which are in Nashville. Certainly, lessons can be learned from Washington State, where HOV lanes save users up to 16 minutes during rush hour. Another idea, advocated by Vanderbilt University Associate Professor of Economics Malcolm Getz, is to use tolled express lanes to help reduce congestion in the Nashville metropolitan area.

An even more promising idea is getting more buzz these days - one that not only promises to ease traffic congestion and the strain on our existing infrastructure, but also to protect clean air and the environment. The idea is simple: Incentive commuters to share rides. That’s the aim of a new app born right here in Nashville called Hytch, which pays drivers and passengers to share rides.

In a major signal about the future of connected people in connected vehicles, automotive giant Nissan is committing five cents per mile to Hytch Rewards for passengers and drivers alike. Anyone in the ten county area of Middle Tennessee qualifies if they carpool using the Hytch platform. Throw incentives in from Franklin Synergy Bank -- contributing a penny a mile for Rutherford, Williamson, and Davidson counties -- and Nashville certainly has one more arrow in the quiver aimed at finding mobility solutions!

Local employers are buying into the idea as well. Two major employment staffing companies, Yates Services and The Onin Group, are the first to use Hytch Rewards as a tool to turn sharing a ride to work into a recruiting and retention tool. Like most employers these days, Yates Services and Onin Group are feeling the pinch of record low unemployment in Tennessee. Birmingham-based Onin Staffing is the second largest privately held temporary staffing agency in America with almost 10,000 employees placed at industrial and distribution clients in the Southeast and nearly 4,000 in Middle Tennessee. Onin Staffing, along with Yates Services, serve major manufacturers (including Nissan) and have added carpooling incentives to their creative benefit packages to attract and retain their associates at the Nissan factory in Smyrna. Both companies plan to expand to other Tennessee clients.

Hytch’s co-founder and CEO Mark Cleveland is bringing together those sponsors and others. “With forward-thinking employers and technology trends on our side, Nashville has the opportunity to become known, not for growth and congestion, but for solving traffic problems in a creative and different way,” explains Cleveland.

For his part, Gaston loves the idea of using technology to help resolve problems like traffic congestion. “I want to be open to things like this, [which] are a part of the system of things we need to make transportation work in the city,” he says, noting that if everyone carpooled once a week, Nashville traffic would be reduced by 20 percent.

Plus, it’s a whole lot more fun to share a ride than drive alone, as Gaston found out when he joined a Hytch with Carissa Biele. They played the BeanBoozled® jelly bean game during the trip.