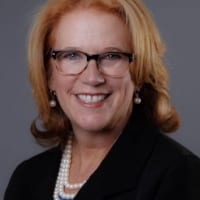 With Nashville’s mass transit referendum planned for this spring, “all eyes are on Davidson County,” says Carol Hudler, president & CEO of Cumberland Region Tomorrow, which supports the ten-county region of Middle Tennessee “by influencing patterns of growth and development through education and advocacy.”

“We all realize it may start with Davidson County but we need to solve traffic and our transportation systems regionally and there’s a lot for other counties to be thinking about at this time. So while a lot of folks are focused on Davidson, in the other counties we’re out there having those discussions and having some great conversations,” she continues.

In particular, Hudler is referring to the transportation summits being held in the counties outside of Davidson, which are being arranged in partnership with the Transit Alliance of Middle Tennessee. The Clarksville-Montgomery County Summit of November 2017 is a representative example, where attendees discussed the future of I-24 between Clarksville and Nashville, among other hot-button topics. Of course, I-24 is of particular concern to commuters, as it’s the most heavily trafficked corridor (by commute time) in Middle Tennessee.

Hudler recognizes that having a public conversation about traffic congestion and transportation issues is imperative, particularly since many longtime residents of Middle Tennessee haven’t necessarily thought much about potential solutions.

“People don’t see what they have never experienced,” said Hudler, while sharing a ride to work with Carissa Biele. “It’s hard to envision yourself taking a fast bus somewhere when all you’ve ever experienced [is] an underfunded transit system that has buses [that] come irregularly. People who commute a lot—who have long commutes—they get it, that if you can get 60 people off the road” that will help reduce traffic congestion.

To be sure, everyone needs to understand the implications of Nashville’s exponential growth. “I don’t know if everyone understands what another million people is going to look like. You’ve got a lot of people moving here,” emphasizes Hudler.

One solution she really likes is Hytch Rewards — a free smartphone app that validates, tracks and rewards ride sharing behavior — Hudler suggests that idea has “huge” potential to reduce traffic congestion and reduce Middle Tennessee’s carbon footprint. The Nashville Technology Council agrees, recently naming Hytch is its Emerging Company of the Year for 2018.

Best of all, it’s easy for Nashvillians to begin using Hytch. All drivers and passengers need to do is to download the Hytch Rewards app, invite a friend or coworker to “Hytch” and everyone in that ride begins earning cash rewards for every shared mile, with bonuses available in select communities and counties. For example, automotive giant and Williamson County citizen Nissan—recognizing innovation that excites—is sponsoring the state of Tennessee, paying commuters five cents per mile for using the app to track shared rides in any of the aforementioned Power of 10 counties.

Ready to begin beating traffic while earning money at the same time? Download the app today!