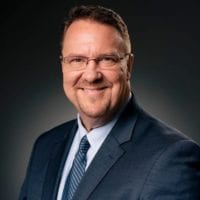 Mark A. Cleveland is co-founder and CEO of Hytch Rewards, a mobility incentive platform that’s helping communities – and the planet – motivate and measure a safer, greener and smarter commute.

After two years of development, the Hytch Rewards program launched in Nashville in early 2018 and is now being rolled out to additional markets including San Francisco, Seattle, and South Bend, Indiana. In December 2019, Hytch introduced the first carbon-zero commute program, which allows any environmentally conscious American motorist to neutralize the emissions from their daily commute, totally free. Hytch recently announced an additional initiative related to Covid19 contact tracing and commuter wellness. Read the Axios feature here.

Mark is a serial entrepreneur with a track record of success. Leading various progressive companies, he and his teams have made a big impact on their respective industries. Mark is passionate about pursuing disruptive technologies and innovation. He’s been recognized with the NEXT Award for Entrepreneur of the Year, and named by Nashville Business Journal as one of the region’s Most Admired CEOs.