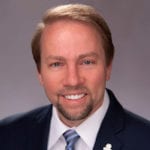 Dr. James Kuffner is the Chief Digital Officer, Board of Directors Member at Toyota Motor Corporation, and CEO at Toyota Research Institute - Advanced Development (TRI-AD). Dr. Kuffner received a Ph.D. from the Stanford University Dept. of Computer Science Robotics Laboratory in 1999, and was a Japan Society for the Promotion of Science (JSPS) Postdoctoral Research Fellow at the University of Tokyo working on software and planning algorithms for humanoid robots. He joined the faculty at Carnegie Mellon University's Robotics Institute in 2002.

Dr. Kuffner is perhaps best known as co-inventor of the Rapidly-exploring Random Tree (RRT) algorithm, which has become a key standard benchmark for robot motion planning. He has published over 125 technical papers, holds more than 40 patents, and received the Okawa Foundation Award for Young Researchers in 2007.

Before joining TRI, Dr. Kuffner was a Research Scientist and Engineering Director at Google from 2009 to 2016. Dr. Kuffner was part of the initial engineering team that built Google’s self-driving car. In 2010, he introduced the term "Cloud Robotics" to describe how network-connected robots could take advantage of distributed computation and data stored in the cloud. Dr. Kuffner was appointed head of Google’s Robotics division in 2014, which he co-founded along with Andy Rubin.