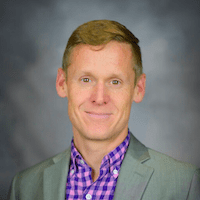 Gabriel believes our greatest strength comes from collaboration across silos and areas of interest and thrives on connecting the dots to make that happen. Gabriel is "excited about Hytch’s unique approach to commuter behavior change, leveraging positive incentives to help people make mobility choices that are better for the planet, their community, and their wallets!"

Gabriel is currently working with Spin, is an affiliate with Cityfi, and is an advisor for companies working on micromobility, transportation demand management, and medical adherence, among other projects. A committed urbanist focused on making a positive impact in the world, he has been favorably compared to a Swiss army knife.

Gabriel was on the founding team of Lime, the leading dockless smart shared mobility company. Until January 2020, he served as Senior Director of Data Policy and Strategic Partnerships for Lime. In that role, he was responsible for leading the company’s approach to data policy/data sharing, including managing data compliance for GDPR and CCPA. He was also responsible for managing and developing relationships with transit agencies and related industry organizations and third-party stakeholders, as well as prioritizing government relations requests into engineering projects.

Previously, as the first government relations hire for the company, he developed state and local go-to-market strategies for much of the United States and Canada. During this time he built relations with key officials (mayors, councilmembers, and city/state staff) and built community campaigns to achieve business objectives. The role also included managing lobbyists and communications consultants to secure political support at local and state levels, and drafting and advancing regulatory changes. He joined the company prior to the launch of Lime’s first vehicle and supported its growth to over 150 cities in more than 30 countries. Concurrently to the founding of Lime, he undertook business development efforts with the microtransit company, Chariot.

He contributed to the 2017 book, “Smart Cities, Smart Mobility,” and speaks regularly on the future of urban mobility and cities more broadly. A versatile entrepreneur and evangelist, he has worked at the intersection of mobility, technology, and sustainability-oriented innovation for over fifteen years, and has broad knowledge across numerous industries.

He has also created and produced numerous events including Seattle Greendrinks, BloomSeattle, and Get a Real Job Fair, among others.