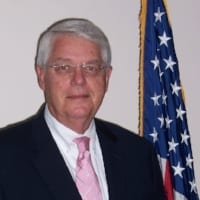 Mayor of Williamson County, and current Chairman of Mayor's Caucus of Middle Tennessee

While Hytchin’ with Carissa Biele, Williamson County Mayor Rogers Anderson is quick to admit that he’s participated in hitching before.

While sharing a ride through busy streets of Williamson County, Anderson says that he knows how frustrating the commute into Nashville is for Williamson county residents. “It’s always congested, it’s always packed with cars, and for some reason, in Middle Tennessee we don’t really honor the HOV lane.”

The topic is no stranger to Anderson, serving as Chairman of the Mayor’s Caucus since October 2016, the regional partnership of mayors and county executives tackling transit issues and exploring solutions. “Carpooling is another simple way, that people oftentimes don’t discuss as much as we can.”

A recent assessment of traffic and census studies found that "..out of those commuting, nearly 81% commutes alone with just over 7.5% carpooling and less than 1% using other methods of transportation. Leaving from Brentwood, daily traffic counts get as high as 181,000." If even a small percentage of those commuters shared a ride, the impact on traffic and congestion would be significant. Anderson adds that on the heels of the IMPROVE Act, the largest focus of last year’s legislative session, “we are going to see more money spent on needed roadways and roadway improvement.”

Among the most surprising things to learn about Mayor Anderson from this video with Hytch is that he knows the difference between a regular dead fish jellybean and a dead catfish jellybean. Consider yourselves lucky, Williamson County, such a refined Southern palate is surely a rare find in a Mayor.

Anderson, the jellybean connoisseur, is actively looking for solutions to help improve the quality of life for his citizens. In artful negotiations with every city in the county and the school district leadership, voters will soon be presented with an option to increase sales taxes that support the construction of Williamson County Schools. The Mayor is running for election and still paying attention to transportation service and technology solutions to serve this high performing community, encouraging commuters in the region to download Hytch and start earning rewards for sharing rides.

“Try something new to save us all a little time and money,” says Anderson. “Download Hytch... it’s got a good concept,” he suggested that everyone download the app for iPhone and Android phones “...and you'd be on the cutting edge as this program becomes more and more successful.”

Leaders know that rewards work, and Hytch Rewards are a viable solution to the traffic crisis in Nashville. Thanks to forward thinking companies like Nissan and Franklin Synergy Bank, both the driver and passenger get paid when they share a ride using Hytch.