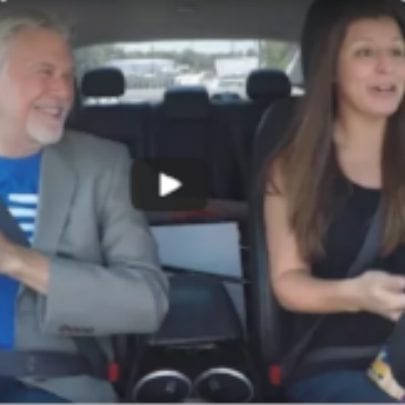 Nashville residents weren’t surprised to learn that the city created the seventh-most tech jobs in the country in 2017. “Since 2006, Nashville added jobs in nearly every tech industry we track,” noted Forbes, “led by 3,700 new jobs in systems design, 1,800 in data processing, and 1,100 in engineering services.” Those jobs have been a strong driver of economic growth, with the average Nashville tech worker earning 61 percent more than the average non-tech worker.

As is often the case, though, with healthy economic growth comes an increase in traffic congestion, and perhaps not surprisingly, Nashville is looking to tech for solutions to its transit challenges. Some might be surprised to find out that “Metro [Nashville only] recently completed the synchronization of many of the traffic lights in the city area, to make driving more efficient by synchronizing the lights,” says Brian Moyer, President and CEO of the Nashville Technology Council.

In other ways, Nashville is far ahead of the curve, says Moyer, highlighting “innovative, out-of-the-box apps like Hytch, all trying to take advantage of assets and resources that are being used but aren’t fully being used.”

Hytch, of course, is a forward-thinking app that matches friends, neighbors and co-workers, enabling them to share rides to and from work. Most notably, Hytch rewards users for sharing rides—with cash—helping to take cars off the road and reduce the city’s carbon footprint. “We’re going to be on the map for having been the first city in the world that networks and rewards people for sharing a ride,” emphasizes Mark A. Cleveland, the company’s co-founder and CEO.

In fact, many of the local tech companies and organizations that Moyer likes to discuss—such as Digital Reasoning (machine learning, artificial intelligence), Asurion (device insurance), Eventbrite (an event technology platform), the Center for Medical Interoperability, and Concert Genetics—are potential sponsors of Hytch. For instance, each could incentivize employees to share rides, thereby helping to address congestion issues and reduce employee stress levels.

It’s an exciting, easy way to reduce the amount of traffic on Nashville roads right now, as opposed to years or decades from now, by which time transportation may have changed in ways that commuters can’t even fathom today. “Self-driving cars and self-driving buses hold a lot of very exciting future value,” notes Moyer, while discussing how the Robo-car sector is projected to add $2 trillion to the U.S. economy by 2050.

In the meantime, sign up today to begin earning cash while reducing traffic. Or if you represent a company or government organization, learn more about how you can sponsor or support Hytch.