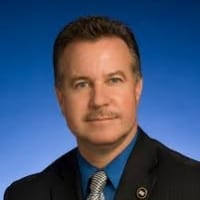 Picture yourself driving up to Nashville on I-24 or I-65 and imagine the last time you saw a single occupant vehicle pulled over for violating Tennessee’s HOV lane laws? Drawing a blank? State Representative Mike Sparks has something to say about that.

Nashville entertainer Carissa Biele took Representative Sparks for a “Hytch” through Downtown to share a ride and discuss his passion for the HOV lane, as well as other topics that relate to being responsible and more efficient with taxpayer dollars. As the author of a book called “How To Do More With Less During Tough Times” Sparks knows this topic cold. The hot questions in Middle Tennessee are about the best way to beat traffic and overcome growth challenges. Armed with TDOT estimates that the violation rates in our HOV lanes now exceed 90% he says “The heart of Nashville’s problem is one person per car, it’s totally out of control. And it doesn’t have to be that way.”

Sparks points out that Interstate routes to Nashville are designed to reward people who leave a car at home.

“What makes me mad is the fact that people are stealing the incentive rural commuters deserve for taking cars off the road and sharing a ride to work.” According to Sparks, violators include his fellow Tennessee legislators that Sparks himself has seen, alone in their car in the HOV lane on their commute to the Capital. Sparks is advocating for a lot more education, plus more metro police and state trooper enforcement. He is bothered by expensive alternatives like a costly fix to our highway shoulders to make them strong enough to carry the weight of a bus. “It’s your money! It doesn’t have to be spent if we respect and enforce existing HOV laws for two hours a day!”

Sparks wants people to understand the original funding deal Tennessee made with the Federal Highway Administration (FHWA) to get more money to add that extra lane. In exchange for reserving rush hour for High Occupancy Vehicles, “Taxpayers got an extra lane for 10% of its cost,” he says, “and that was a good investment.”

Unless we do everything we can with our existing resources,” Sparks cautions, “seems to me that every other idea is an expensive mass transit experiment - doing nothing in the short term to relieve traffic.”

The debate about our options is starting to capture the imagination of taxpayers and voters looking for leadership. Here in this video, Spark’s shares his experience and firm commitment to do more with less - just like he writes in his book.

Sparks believes Hytch is “..something innovative that benefits the taxpayers, not costing the taxpayers. What I like about Hytch and what y’all are doing -- you’re doing something that’s benefiting those who could need some help.”

People who drive to jobs from rural communities have the highest commuting expenses overall and the greatest incentive to find a friend or co-worker and share a ride to town. “These people are stuck behind people with shorter commutes who think they have a right to the lane reserved for two or more people - and they don’t. It’s against the law!”

Representative Sparks put his knowledge of traffic laws and regional trivia to the test in a BeanBoozled challenge with Biele. Although he had to eat bean after bean, Sparks discovered that he couldn’t differentiate the taste of strawberry-banana and dead fish, lucky for him! That made the challenge slightly less stressful.

Sparks believes that Hytch Rewards are a viable solution to the traffic crisis in Nashville and thanks to forward thinking companies like Nissan and Franklin Synergy Bank, both the driver and passenger get paid when they share a ride using Hytch.

Next time you drive to Nashville, remember to obey HOV lane laws because Tennessee State Highway Patrol has written more HOV citations in 2017 than in the previous three years combined - and Representative Sparks is thankful indeed.