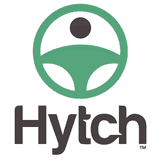 Leading up to the start of the Fall semester of 2016, we had a great influx of applications from a diverse handful of top universities throughout Nashville and Middle TN region. After several weeks of narrowing down the top candidates, we arrived at a core team of five! Our Day-to-Day Interns saw the most action and were highly involved with our daily operations. The roster consisted of Nick (MTSU), Dustin (MTSU), Karan (MTSU), Cecil (Belmont) and Robert (Lipscomb). This core team of 5 played an integral role in the success Hytch saw throughout the Fall semester of 2016.

At the top of the agenda for our Day-to-Day crew was a research project around Tennessee’s HOV lanes and the enforcement surrounding those sections of the interstate. From this research, our intern team discovered that Tennessee holds the loosest regulation around HOV. The lanes are very rarely patrolled and if by the slightest chance you are pulled over for violating the HOV lane, the only repercussions a driver will face is a $50 fine and no points on their record. Where in states like California, HOV violations will cost you upwards of $300 and are heavily regulated.

Discovering this soft spot within Tennessee’s HOV policy showed us a great opportunity to bring to light a glaring issue that, if not addressed, would only continue to enable congestion increasing habits like clogging the HOV lane.

Shifting back to our Day-to-Day crew, the next significant undertaking the team would be in charge of was Hytch’s first appearance in Williamson County Inc’s Mobility Week as well as the nation-wide event, ParkingDAY. We were tasked with transforming a normal parking space on Broadway into a micro park; creating a space where pedestrians could take a load off and enjoy a greener twist to the usual concrete sidewalks. We loved being able to have fun and engage with locals and tourists enjoying Nashville as well as discuss Hytch’s mission and how we were working to make a difference in transit throughout the region. The day was long and hot and despite some sunburn, we all made it through the day and had a great time participating. There is no doubt that when ParkingDAY comes around again this year we’ll be locked and loaded with a bigger and even better parklet than this past years!

We were on the tail end of the semester and wrapping up the internship responsibilities required for our Day-to-Day team. The final big event was a mirror of our ParkingDAY endeavor sponsored by Walk Bike Nashville. This time around, our team was set on streamlining the process. Once again the team came through and pulled off a flawless event. Several different people we were able to have conversations about Hytch and the change it intends to bring to Nashville as well as the Middle TN region.

Having these students as a part of the Hytch team during the Fall of 2016 was nothing short of exciting, challenging and beneficial. We even had the ability to bring on two interns for part-time paid positions as we move into the Spring semester of 2017. We are so thankful for all our our intern teams and affiliated classes that invested time in bettering Hytch and taking interest in Nashville and Middle TN’s transit issues. Without them, much of what we accomplished this past semester would not have been possible.