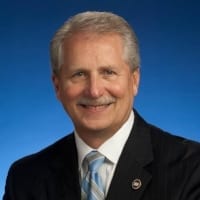 Starting a Hytch with Bill Ketron

Rutherford County is now the fifth-most populated county in Tennessee and 85 percent of Murfreesboro commuters drive to work alone. That adds up to “gridlock” on Rutherford County roads, says Mayor Bill Ketron. The former State Senator has a passion for addressing the region's transportation and mobility challenges and brings significant experience to the Mayor's office. His objectives are clear: “Transportation is on the top of my list.”

Ketron knows it won’t be easy. “People around here still think that they want to ride around in their pickup truck, but with the gridlock we are coming to, and the projections of population coming into the whole Middle Tennessee area … we are going to have to do something. Because sometimes if there is an accident, it takes two hours to get 30 miles.”

Of particular concern to Ketron is the I-24 corridor, which is now the most heavily trafficked corridor in the state (by commute time). He endorses building a monorail in the median of I-24 or operating “light rail on the CSX rail line, coming in that 32 miles from Rutherford County.”

Ketron is also an advocate of public-private partnerships. Notably, he’s the author of the Public-Private Transportation Act of 2016 which, according to the Tennessean, “allows state and local governments to enter into contracts with private businesses related to mass transportation projects in an effort to alleviate congestion in areas such as Nashville.”

“If you go back in history, the Golden Gate Bridge was actually done with a P3,” says Ketron, where “P3” is shorthand for Public-Private Partnership. “The transcontinental railroad was a P3 project as well. I’m a firm believer that government can’t continue paying 100 percent of everything. If you have a private sector company that is wanting to come in and build it and maintain it, why not use private sector money to help offset the cost to the taxpayer?”

One of the advantages to opening the door to private companies is that it greatly increases the likelihood of solving road congestion issues in innovative ways. Consider the impact that technology is having—or will soon have—on the way people commute. Uber, Lyft, and autonomous vehicles immediately come to mind. Another solution is a new incentive driven system for carpooling from Hytch, the Nashville based tech company awarded 2018 Emerging Company of the Year by the Nashville Technology Council. The company asked Ketron to “Hytch” with Carissa Biele to talk more specifically about his top priorities as a leader and to highlight their revolutionary app that pays users to share rides.

“Hytch Rewards directly motivate drivers to connect and share the commute,” begins Hytch Co-Founder and CEO Mark Cleveland. “Incentives are the least expensive, most viable path to relieve the traffic crisis in Nashville. Nissan recognized innovation that excites and will offer five cents a mile to both passengers and drivers who commute together as their reward.”

Franklin Synergy Bank added a penny per mile as a sponsor of Rutherford, Williamson and Davidson counties, stacking up the incentive to make a difference. People really can get paid, every time they decide to share a ride!”

“I would bet on leaders like Bill Ketron, in a strong Mayors Caucus, with forward thinking employers and technology trends on our side,” Cleveland says. “Nashville has an opportunity to become known, not for growth and congestion but for solving traffic problems today, in a creative and different way.”