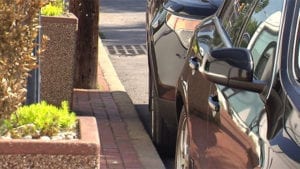 Hytch prides itself on innovation and exploring new ways to tackling the infrastructural pains our region's growth is creating. Take a look at how Hytch and our CEO, Mark Cleveland, is spearheading the movement of Nashvillian's into the share-economy.

As Nashville’s growth outpaces infrastructure, local businesses are experimenting with new methods to confront parking demand and congestion problems. While city and state leaders have been grappling with solutions for several years, the urgency felt by business executives has spurred innovation, from flexible hours to blueprints that include self-driving cars.

Mark Cleveland has launched a carpooling app in Nashville, Hytch, which has gained 670 users in the past four months. The focus is on coordinating rides with other locals, but relying on autonomous vehicles to provide the rides is part of Cleveland’s long-term plans.

In addition to Hytch, Mark is also planning a 12-story hotel, called Stanza Hotel, for a triangle plot on Lafayette and Ash streets. On-site parking is not part of his vision.

“Ultimately it’s designed to serve the Uber, Lyft, self-driving car community looking for an affordable stay in downtown Nashville,” Cleveland said. “I’m expecting them to fly into the airport and Uber to my hotel and walk around downtown and Uber and Lyft.”

He will be able to pass on the savings in construction costs to consumers, he says.

For those guests who bring a car, Cleveland plans to shuttle them from a nearby parking lot to the hotel in autonomous vehicles, giving them a unique opportunity to experience self-driving cars as he avoids the need for parking on the small site.

Cleveland plans to break ground later this year, and his parking plan, or lack thereof, has been approved by the downtown design review committee. With the advancement of autonomous vehicles, it’s possible the self-driving car component will be part of the 2018 opening, he said.

It's this type of innovative initiative that will allow Nashville to continue sustainable growth and potentially, if adopted on a large-scale, alleviate the frustrations our lack of infrastructure creates. To join the movement download Hytch now. Also, connect with us at info@hytch.me to hear more about how you can be involved.